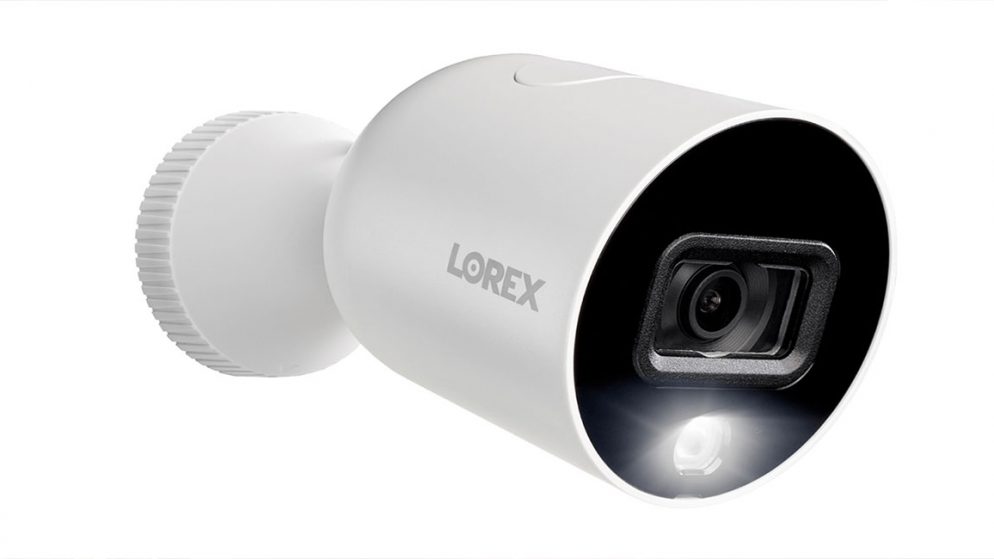 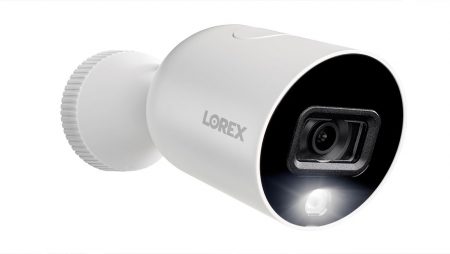 For better or worse, Lorex focuses on cameras and tosses the rest. Most home security systems work like this: entry sensors, motion detectors and a slew of other doodads monitor your home for break-ins. When you leave the house — or just turn in for the night — you arm the system, which gives you confidence that if something happens that shouldn’t, you (and potentially emergency services) will be swiftly notified.

Lorex isn’t like other home security systems. Its smart home security center doesn’t come with the various and sundry sensors that stock the online stores of ring or simplisafe — although if you want, you can buy a separate set of sensors to integrate. Instead, for better or worse, lorex focuses on two things: cameras and monitors.

This approach means lorex won’t be for everyone; but those who want that focus on cameras will probably be mostly happy. The system boasts some fantastic features, including significant local storage and solid cameras. But lorex’s dependence on an overpriced central hub holds it back from greatness. 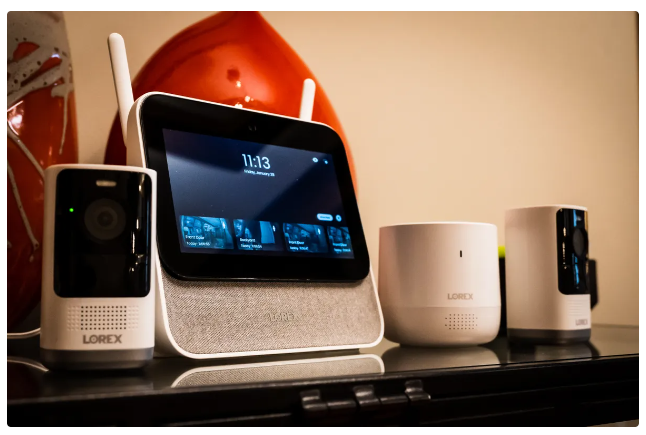 If you get the basic $450 lorex smart home security center package as i did, you might be surprised at how few devices you find when you first open the box. For that price, the four pieces of hardware a touchscreen monitor, a range-extender and two security cameras may feel a little paltry at first.

Competitors like simplisafe and ring, two of the best home security systems on the market, include a lot more hardware with their similarly priced systems and don’t even mention budget-friendly options like wyze, where $450 would buy you a veritable camera-copia.

In this case, though, it’s not the cameras that account for this difference in price. Midrange security cams like lorex’s are going to cost over a hundred bucks no matter which brand you buy, and as expected they sell for about $100 each on the website. What inflates the starter system’s price tag are the other two devices: a range extender and a touchscreen hub.

The range extender works well enough, but it simply won’t be necessary for many people. I set up the cameras on opposite sides of my house and experienced no connectivity issues. Sure, if you want to monitor an outbuilding, or if you plan to install one of the cameras in the backyard, a range extender is a great idea but it seems odd to include the $80 device in every base package sold. (this extra expense can be avoided, however, if you simply buy the smart home center and two cameras a la carte. ) 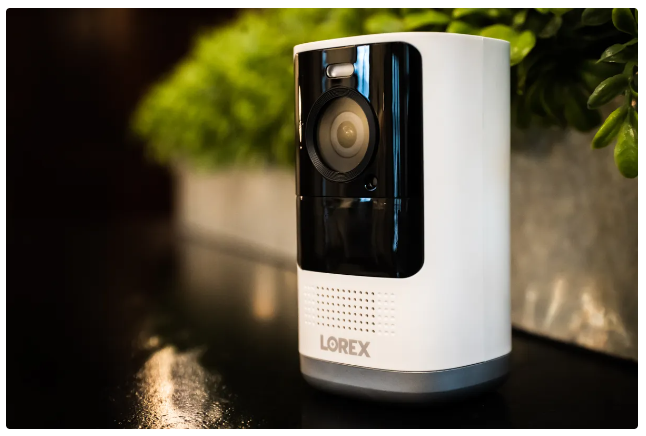 The hub, too, feels like an unnecessary addition. Rather than the cameras connecting directly to your phone, they connect to the smart home center network video recorder using its built-in wi-fi router. This has the benefit of keeping them running when your wi-fi goes out, but it has a number of drawbacks, too.

I have a lot of feelings about home security hub devices, but essentially they boil down to these: first, decent home security apps provide all the settings and monitoring capabilities hubs do, but usually with a better user interface; second, a basic touchscreen hub interface feels outmoded in a market with ever-smartening displays, from amazon echoes to nest hubs.

The package you get with lorex’s $450 smart home security center isn’t terrible if you want its particular mix of devices, but it’s too restrictive in its offerings, and the price tag feels unnecessarily inflated by the range extender and touchscreen hub.

The eyes of the Lorex

Ok, it may sound like i’m ragging on lorex at this point, but you’re harder on the ones you love, right? And i genuinely like lorex’s cameras. Both smart cams that come with the smart home security center can be used indoors or out, they provide 2k resolution, full-color night vision, person recognition, two-way talk, an easily toggle-able privacy mode, a spotlight and a siren. You can set up motion zones, record video, take photos and adjust plenty of granular settings on the app, too (like adjusting the recording resolution to lengthen the battery life).

These devices can do almost as much as any other cameras on the market, with one exception: they don’t have animal, package or vehicle recognition, as do cameras from arlo and google nest. For most people, though, that won’t be a dealbreaker (ring’s cameras don’t have it either, after all).

Lorex’s best feature, though, is the free storage. The smart home center includes a 64gb microsd card, which gives you a ton of local storage. This sidesteps the problem of google nest’s latest cameras, whose 3-hour rolling storage means clips recorded overnight could evaporate before you wake up in the morning, and it means none of your private footage is stored on the cloud.

In short, this may be the best included storage option from a major brand, depending on your needs. And if you’re considering lorex, i’d bet this storage — along with the wide variety of cameras the brand offers — is one of the central reasons.

It’s a shame, then, to see the other core component of the smart home security center stumble as much as it does.

The heart of the system

Lorex is more ambitious with its touchscreen hub than many home security developers. The screen is fairly responsive, the user interface isn’t bad and there’s even a built-in voice assistant named lorex. You can issue a variety of voice commands, but the most useful one i found was “show me [whichever camera i was interested to see]. ”

of course, the point of voice commands is to be hands-free, so it was a bit disappointing that i had to manually enter my passcode (i set it to 1-2-3-4-5-6, with no objections from the hub) before using the assistant. Sure, you can disable the passcode altogether, but it would be nice if i could get some basic options with the voice assistant while keeping more detailed options gated behind the code.

Overall, it struck me as a serviceable hub, albeit one that looked a little old-school next to my echo show 10, which you can often catch on sale for $200 — the same price this center sells for individually on lorex’s store.

All that said, a few oversights seriously hobble the lorex hub’s 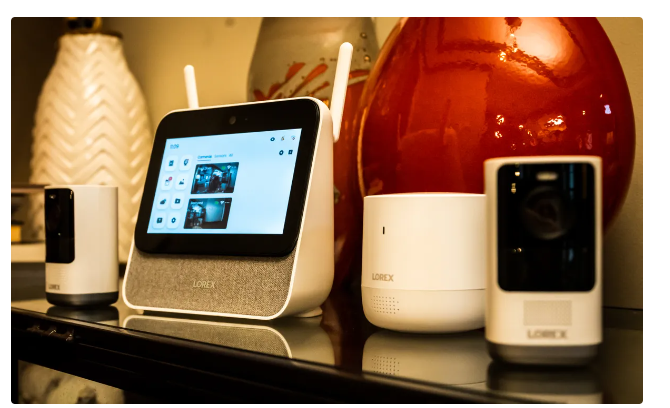 The first problem is this: the hub doesn’t have cellular or battery backup. That means if the power goes out, so does your security system. Most hubs i’ve tested at least include a backup battery for the simple reason that, if the front door sensor goes off in the middle of the night, a local alarm is still useful.

Similarly, many systems include cellular backup, so you (or in some cases, law enforcement) can still be alerted if your internet is interrupted while you’re away and your system detects a break-in.

The lack of these backup measures means the security center, even if you do buy the extra sensors lorex offers, won’t be the most reliable for conventional home monitoring.

The use of lorex’s network video recording raises an important question for potential buyers: why spend significantly more on the lorex smart home security center rather than buying two great cameras that connect to your wi-fi, include local storage support and you can monitor just as well with your phone? You could even get such cameras from lorex!

Lorex struggles to stand out against its largest competitors largely due to its home center, a device that doesn’t seem built for reliable home monitoring so much as a perusal of your camera feeds from the convenience of your kitchen (or wherever you install it). That may be enough for some customers, but it’s not a replacement for more dependable home security setups.

Putting it all together

Often a great security system is less about the individual pieces than how they fit together. Here, lorex offers a mixed bag.

Setting up the system was easy, but not particularly quick. I had to charge the batteries for both cameras for at least four hours (using the single provided charger), and a couple of lengthy firmware updates slowed down the process, too. This isn’t so out of the ordinary (l-ion batteries usually aren’t charged before shipping for safety reasons), and it wasn’t really extra work on my part. But, and this is especially true if you buy the $650 system with four cameras, don’t expect it to finish setup the same day you start it.

Once everything was up and running, i enjoyed checking in on my cameras with the app and the hub. The sirens are loud and the spotlights are nice deterrents. I tested the person notifications and found them to be mostly reliable. In a few instances, the notifications came late or the recordings started after i was halfway across the frame (though you can increase the camera’s sensitivity to combat this problem).

The recordings were easy to access, though — and all the features performed as expected. You can even call up camera streams on smart hubs from amazon and nest, though once more, being able to do so raises the question of why the hub itself is strictly necessary.

Here’s the real question, though: is lorex right for you?

Some home security systems are great, and others are… Not so great. Lorex falls between them, and while i can’t recommend it as a true home monitoring system for alerting you if a door opens at night or window breaks, it could be a solid camera system for keeping an eye on larger properties. If you’re looking for reliable cameras and free storage and don’t care about all the other elements of conventional home security systems, lorex will be a good bet for you. 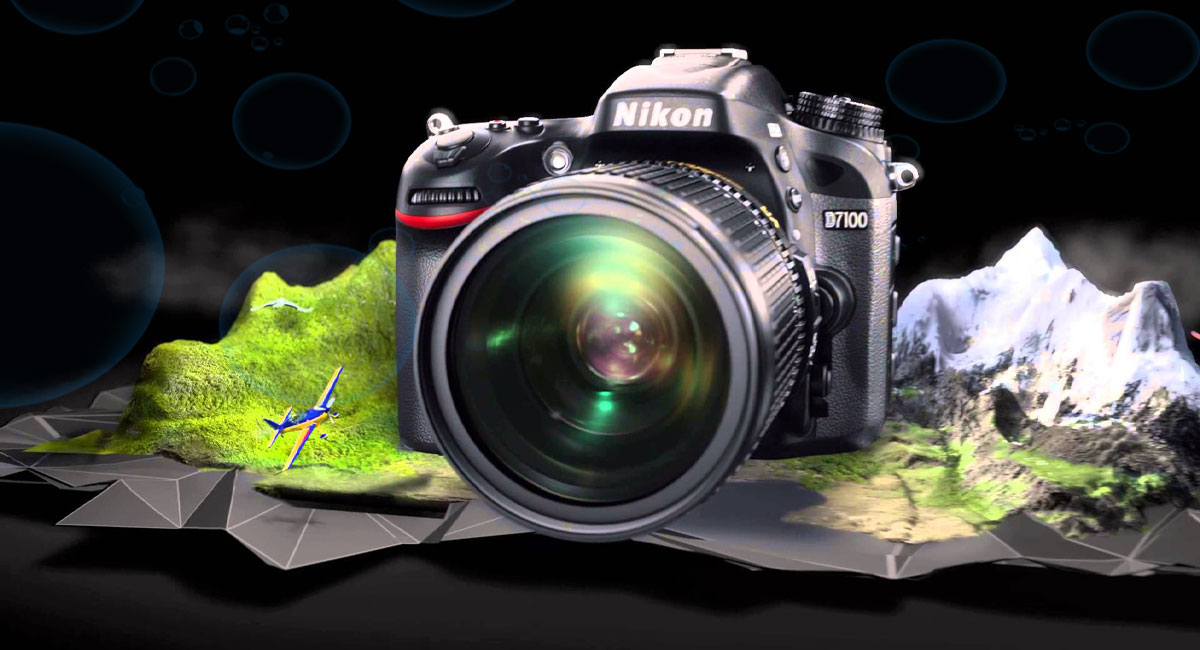 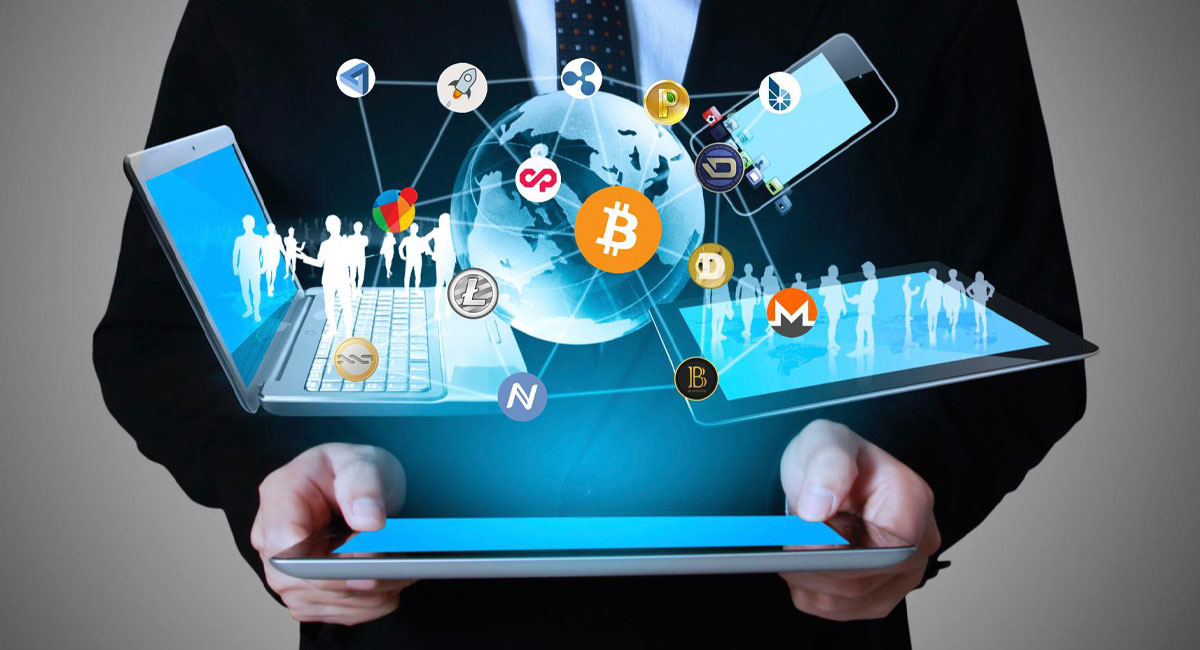 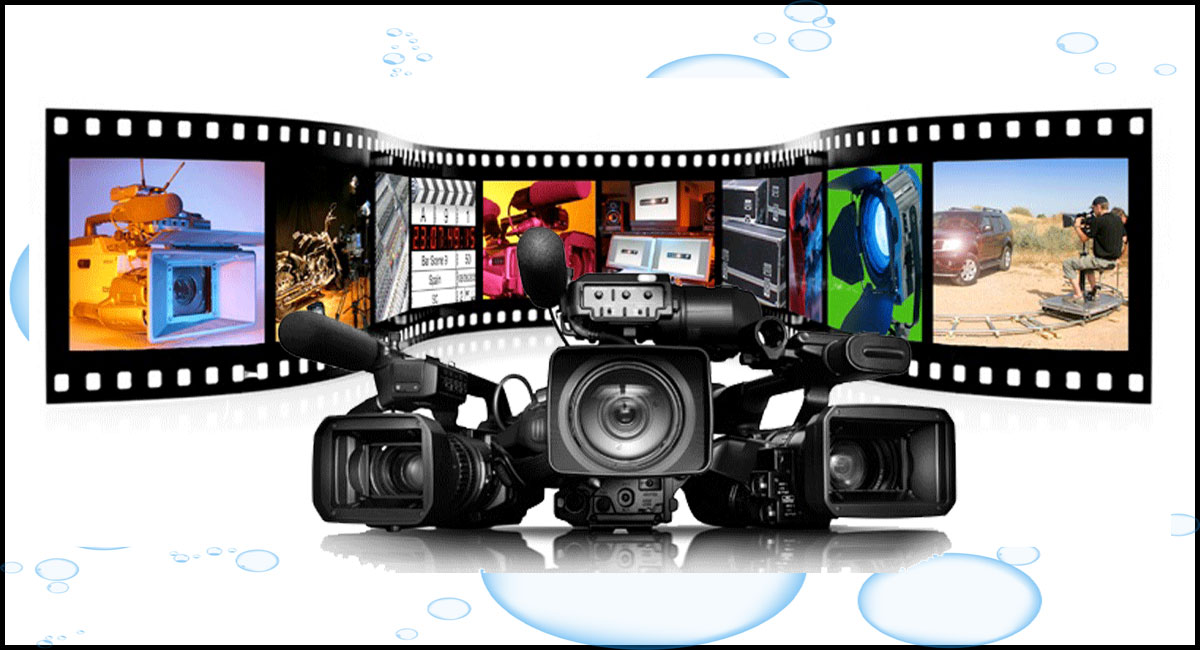