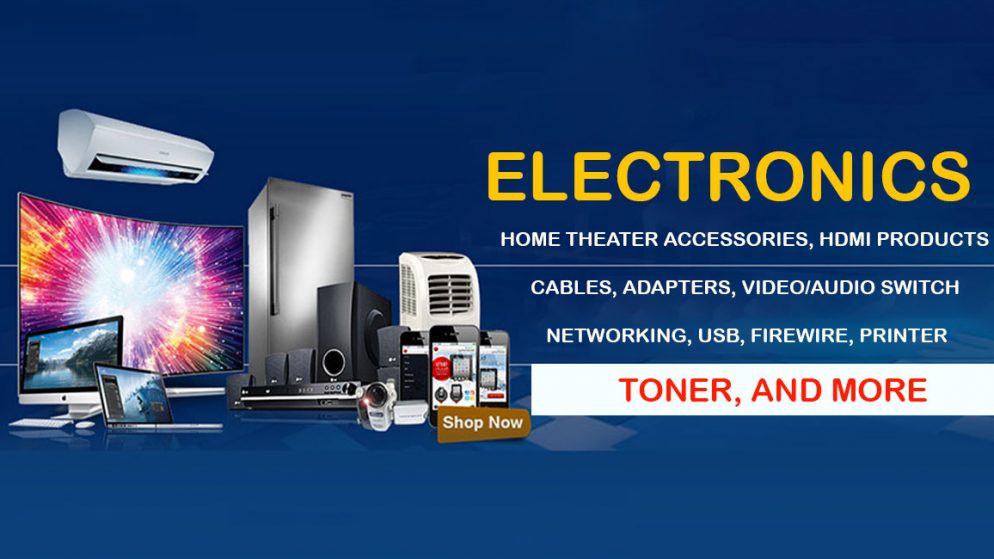 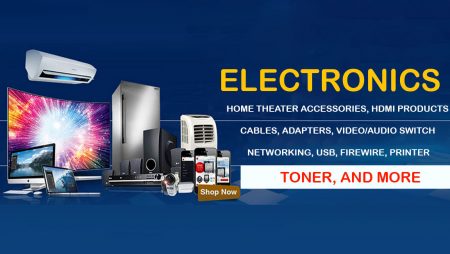 Planar magnetic headphones are prized by enthusiasts for their fast response, high accuracy, and low levels of distortion when compared to more traditional dynamic driver headphones. But planar magnetic drivers are far less common and must be built with more precision than dynamic drivers, which has historically meant some pretty high prices.

Audeze’s LCD-2 — a wildly popular planar magnetic model — costs $900, and that’s far from the most you can spend on these high-end cans, with prices that can easily reach $3,000 or more. 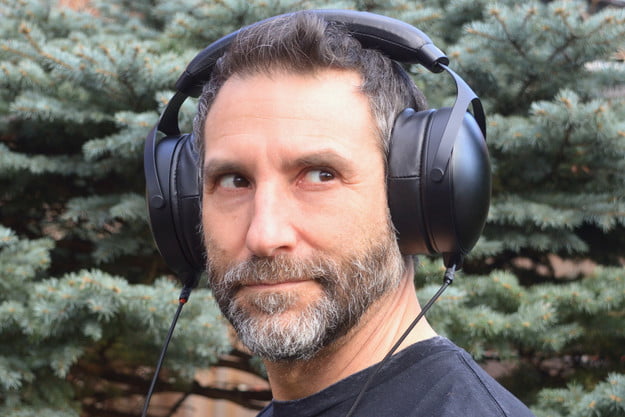 So, naturally, the question becomes if it’s possible to build a set of planar magnetic headphones that still reap all of the benefits of the technology, but without the financial burden of huge cash outlay.

Answering that call is Monoprice, with its Monolith M1070C, a closed-back set of planar magnetic cans that you can buy for the relatively low price of $400. Did Monoprice succeed, and should you consider the M1070C as your next set of over-ear headphones? I took them for a spin to find out. 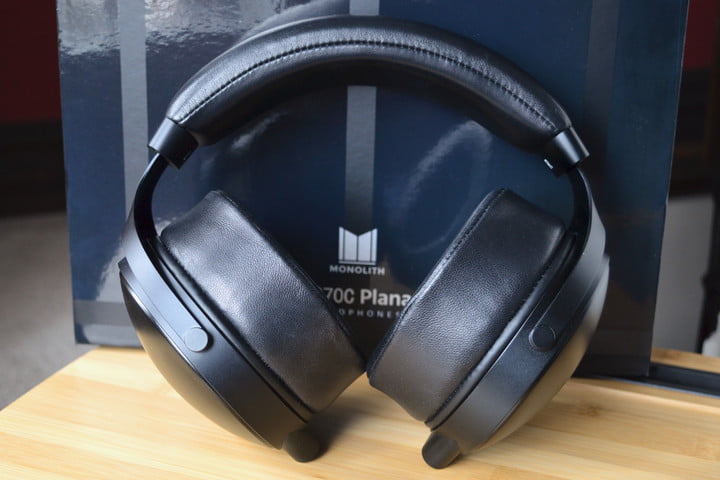 The first thing you need to know about the Monolith M1070C is that they are big. How big? Well, if the M1070C were a burger, they’d be a Wayback Triple Triple.

Physically, they’re enormous, with earcups that measure 4.5 inches in diameter and three inches thick at their widest point. But it’s their weight that boggles the mind. At 22.6 ounces, they tip the scales at more than two and a half times the weight of Sony’s WH-1000XM4 (8.9 ounces) — a set of over-ear headphones that contain rechargeable batteries, microphones, and a bunch of electronics for things like wireless connections and digital-to-analog conversion. I could only find one set of closed-back planar magnetic headphones that weigh more — but barely: The Audeze LCD-XC, a $1,299 pair that look a lot like the M1070C and weigh 23.8 ounces.

Not to oversell the point, but that’s upwards of 1.4 pounds of headphones on your head. 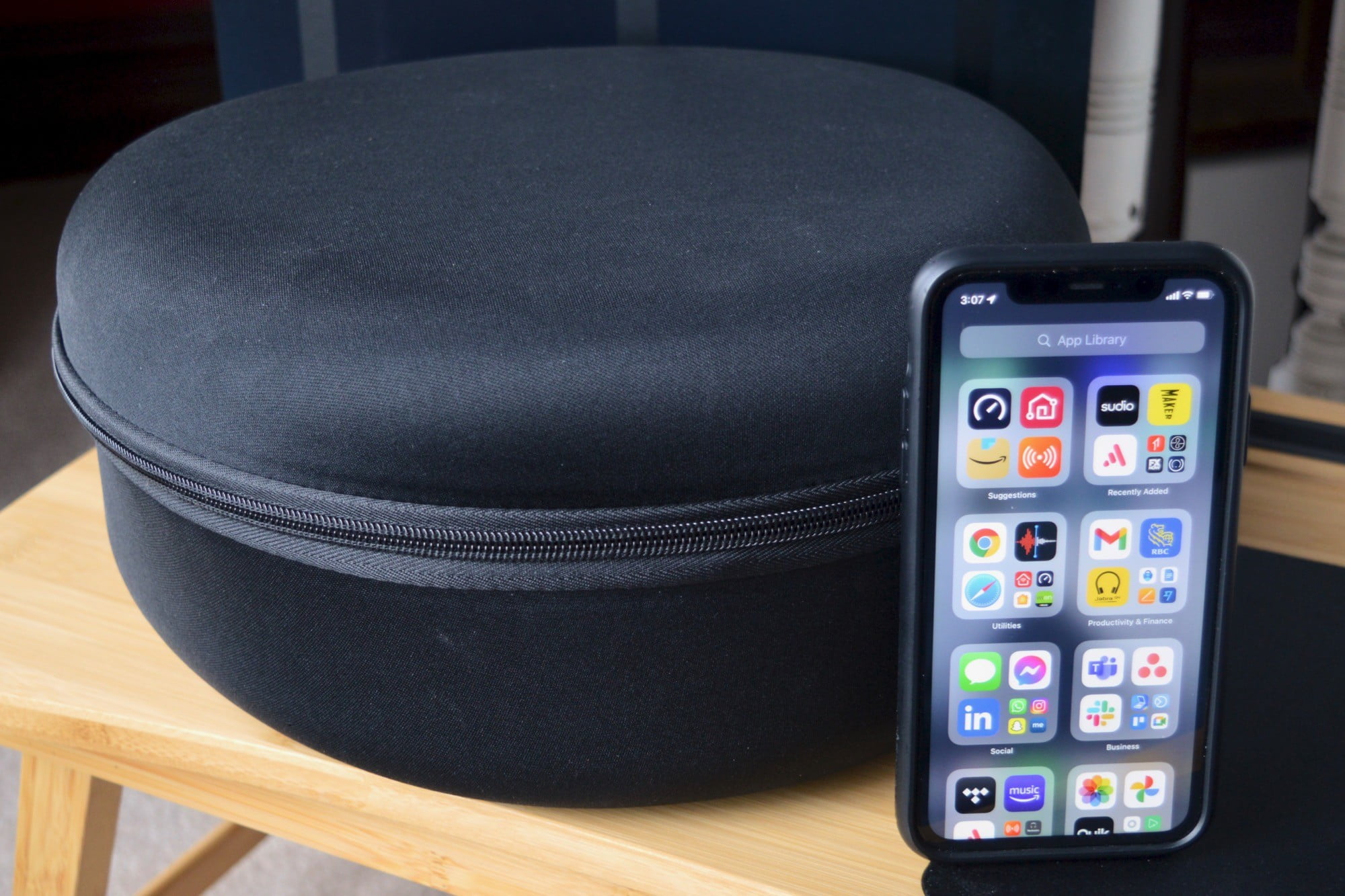 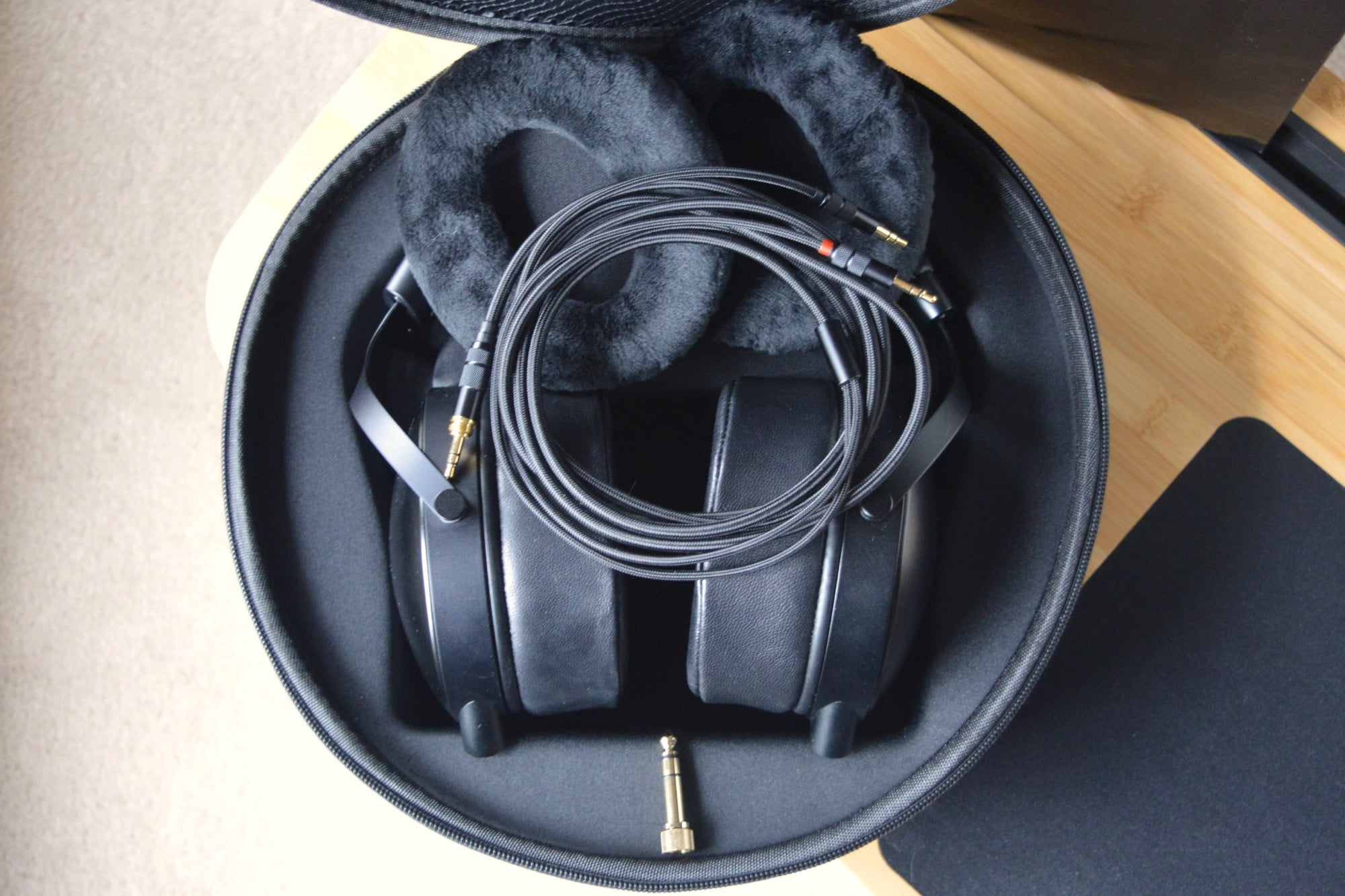 The M1070C are so big, you could easily mistake their included hard-shell carrying case for a hatbox. The box needs to be big because these cans don’t fold at all. You might be able to fit them into a backpack, but there will be precious little room for anything else.

After an hour or so of unsupported, seated use, you start to crave a La-Z-Boy just so you can give your neck and head a break.

One reason for the size and weight is the materials used. There is a copious amount of metal — particularly in the one-piece slider/earcup forks — and where plastic is used, it appears to be very high-quality. These things might make you a laughing stock if you wear them while out and about, but they look like they can withstand a huge amount of wear and tear.

In fairness, the point of building a set of planar magnetic headphones isn’t to make your next flight, your next bus ride, or your next gym session more enjoyable. Quite the opposite, in fact. They’re meant to provide you with a totally immersive, at-home listening experience. 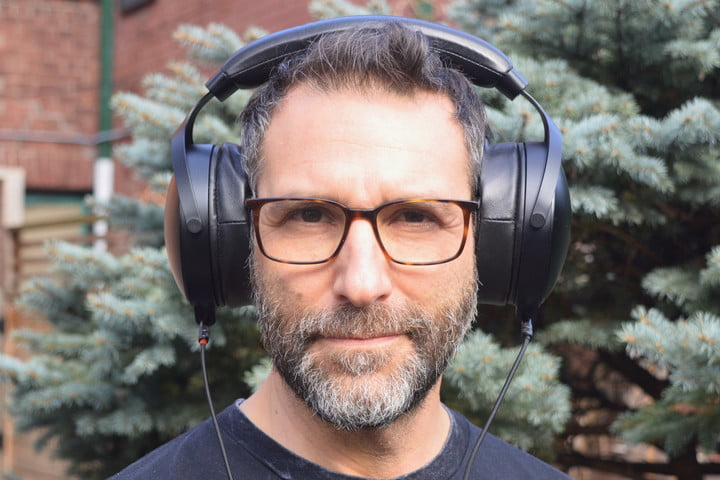 Monoprice has done a good job of padding the M1070C — they’re actually very comfortable to wear, despite their massive mass.

The beefy headband distributes that weight across a very large surface area, but because its radius is so large, folks with big heads will benefit much more than those with mini-noggins like yours truly.

I’ve never listened to a closed-back set of headphones that sound as open and airy as the M1070C.

Monoprice provides two styles of ear cushions, a deeply padded faux-leather “lambskin” set that are installed by default, and a much shallower, padded velour set. Both are very comfortable, but the faux-leather set does a better job of creating a seal against your head. They also provide more room for your ears, and they’re less affected by wearing glasses.

The velour set stayed cooler, but unfortunately, because they’re so thin (compared to the lambskin set) they reduce the headband’s clamping force, which causes the headphones to shift around on your head. I’ve seen some suggestions that you can physically bend the headband’s metal spine to accommodate for this problem, but that’s not a strategy I can recommend. 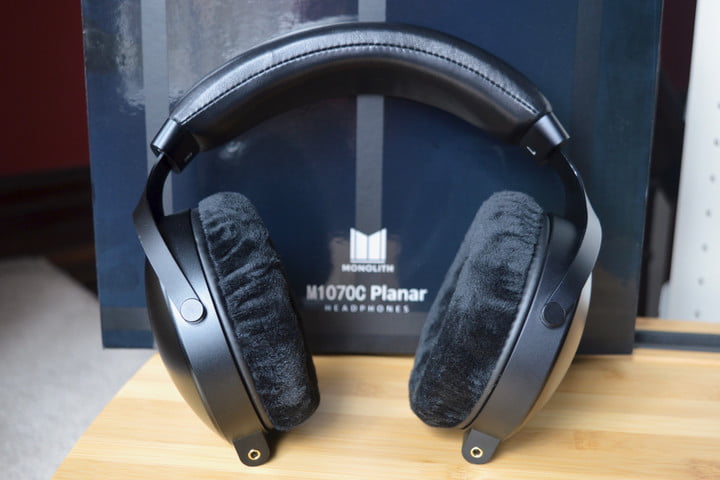 However, even with these aids, the M1070C can still become tiring to wear. There’s just no getting around their weight, and after an hour or so of unsupported, seated use, you start to crave a La-Z-Boy just so you can give your neck and head a break.

The tangle-free, 6-foot, 2-inch braided headphone cable should be long enough for you to find a nice, comfy place to sit if you want to use a receiver, headphone amp, or other fixed audio sources. But like the headphones themselves, the cable has some real heft to it; I don’t think you’ll want to use it on the go. It doesn’t have a locking mechanism where you insert the separate left/right 3.5mm plugs into each earcup, but there’s not much reason to fear accidental disconnection — the earcup jacks are very tight, and it would take an almighty tug to yank the plugs free. 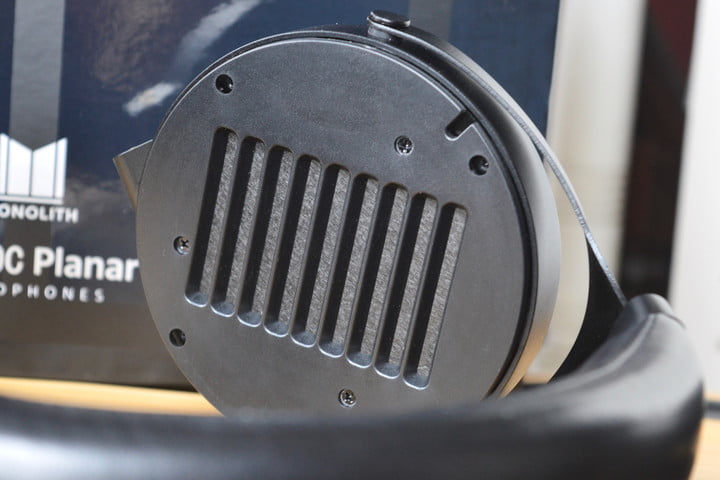 Now down to business. How do these gargantuan cans sound? I have very little experience with planar magnetic headphones, so I can’t offer comparisons to other planar models, but I can tell you this: I’ve never listened to a closed-back set of headphones that sound as open and airy as the M1070C.

They give you the same sense of space as an open-back design like the Sennheiser HD 560S, but with the added benefit of being able to seal out the outside world. It creates a soundstage that’s nearly as deep as it is wide. On Phil Collins’ classic In The Air Tonight, the haunting opening notes sound as though they are being projected from off in the distance, perfectly reinforcing Collins’ warning that he can hear it coming… etc.

I give Monoprice full marks for trying to bring planar magnetic to the masses, but the execution of that goal misses the mark.

From an EQ perspective, they’re relatively neutral, with a slight bias toward low-end bass, which not everyone will love, but I happen to enjoy that extra warmth. If there’s a weakness to the M1070C, it’s a lack of clarity. Given planar magnetic’s reputation for improved audio (and especially clarity), this came as something of a surprise, but across the frequency range, there’s a noticeable softness to the details. If you have a highly trained ear, I suspect you’ll hear it right away, but for me, it became apparent after doing a whack of A/B testing with other headphones like the Sennheiser HD 560S, Rode NTH-100, Audio-Technica ATH-M50x, and Sony’s WH-1000XM4, each of which is priced less (and in some cases considerably less) than the M1070C. And yet they all scored better for clarity than Monoprice’s monster cans. 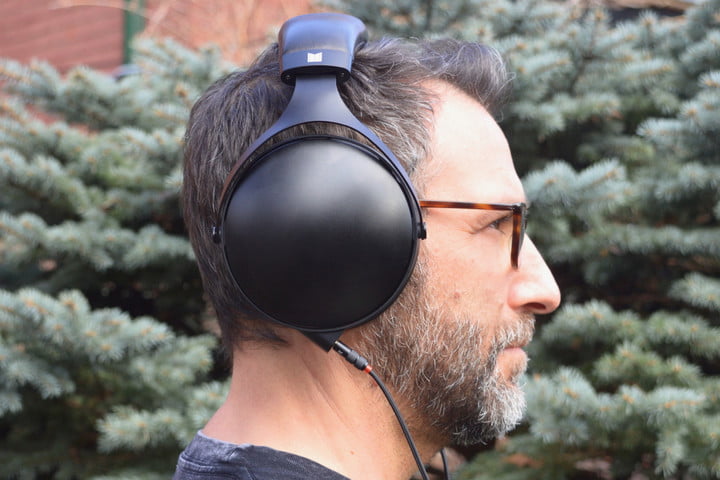 Does the openness and expansiveness make up for this? If the M1070C cost half as much and weighed half as much, then I’d say yes. But if you’re dropping $400 on a set of headphones, and you have to contend with the huge bulk that is the M1070C, you should be able to expect top-notch sound quality that rivals (and preferably beats) what you can get from similarly priced dynamic driver headphones, and unfortunately, these cans just don’t deliver.

I give Monoprice full marks for trying to bring planar magnetic to the masses, but the execution of that goal misses the mark. 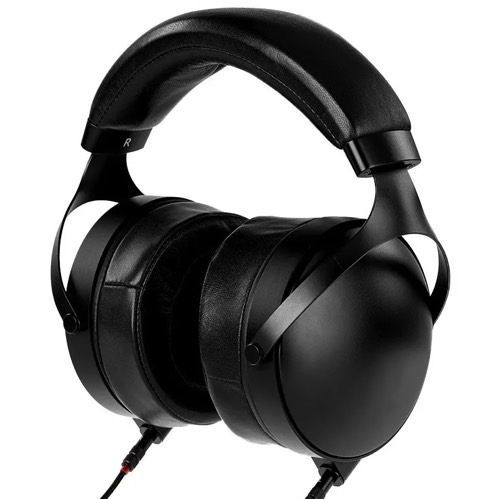 Planar magnetic headphones often deliver an audio performance that can surpass traditional dynamic driver models, but that extra oomph comes with a hefty price tag. Monoprice’s Monolith M1070C effectively drops the price of entry to planar magnetic, but they don’t live up to the promise of better sound.

Is there a better alternative?

If you’re determined to go closed-back planar magnetic, the much less expensive $200 Monoprice Monolith M565C have been highly rated by WireCutter. Its reviewers found their sound to be exciting and detailed, “beating out pairs that cost hundreds more.” That sounds exactly what I would expect from planar magnetic and from Monoprice. At 13.7 ounces, even their weight falls right into acceptable territory.

If you’re comfortable with an open-back design and want a premium set of critical listening over-ear headphones, the Sennheiser HD 560S offer superb sound, light weight (8.4 ounces), and plush comfort. They’re not driven by planar magnetic technology, but once you hear them, you won’t care.

How long will they last?
The M1070C look very well-built with lots of high-quality materials, which is in part why they weigh so much. But that toughness must be more than skin-deep: Monoprice backs these headphones with an extraordinarily long, five-year warranty, so the company clearly has confidence in their longevity.

The headband isn’t replaceable, but the ear cushions are. If you don’t like the two kinds that come with the M1070C (or they simply wear out) it won’t be hard to find replacements.

Should you buy them?

Despite being plushly padded and comfortable to wear, they’re exceedingly heavy, which reduces how long you can wear them before fatigue sets in. And though they have an open and airy vibe, their lack of clarity is unacceptable in a set of $400 headphones, especially when so many great alternatives exist. 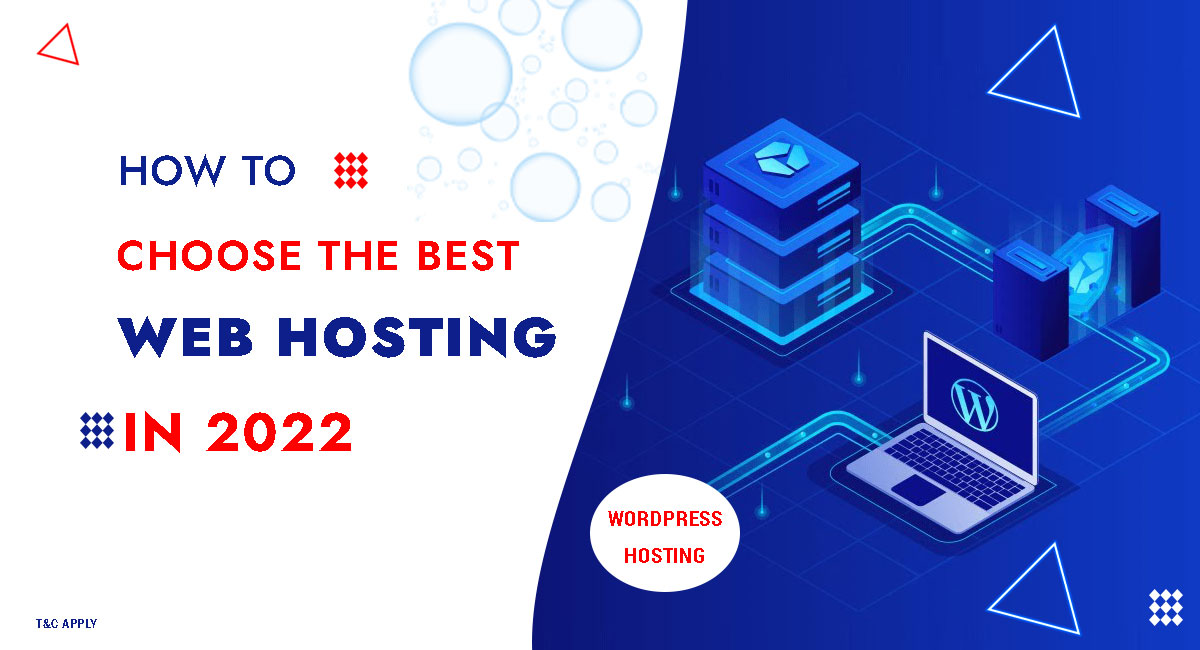 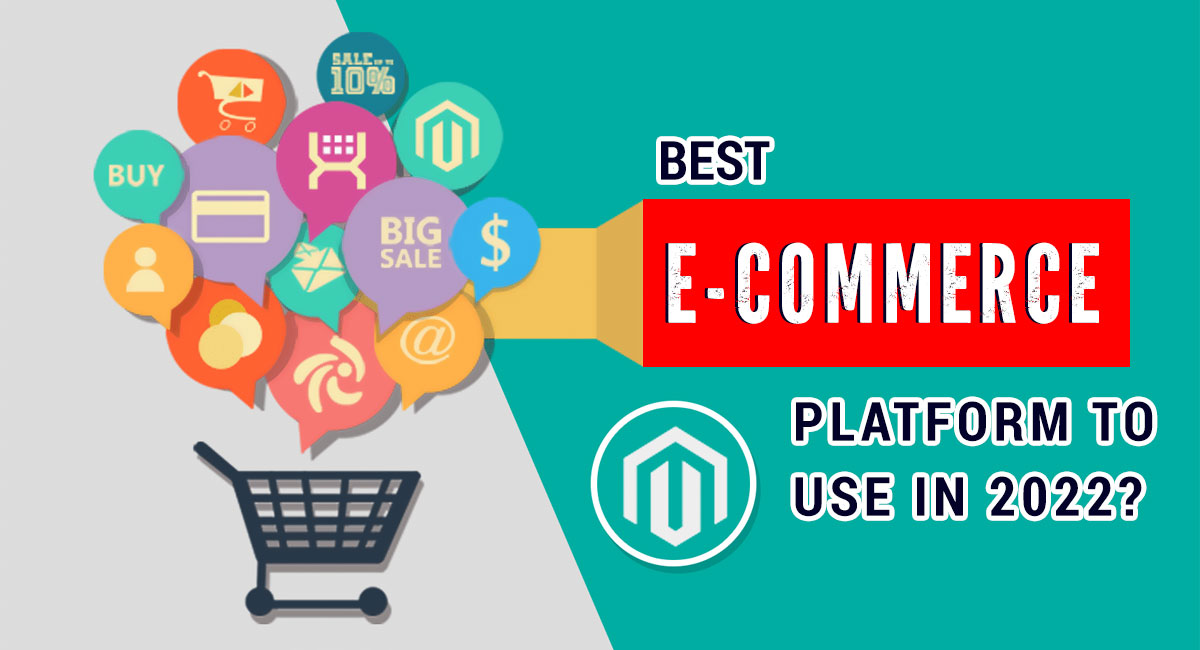 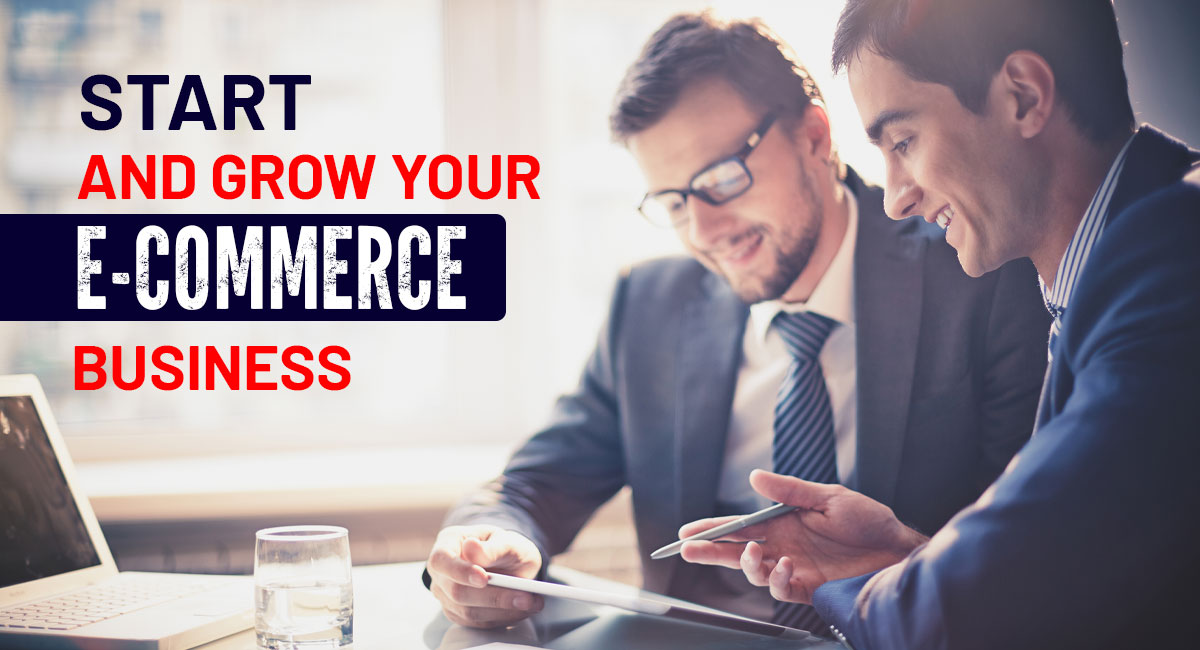