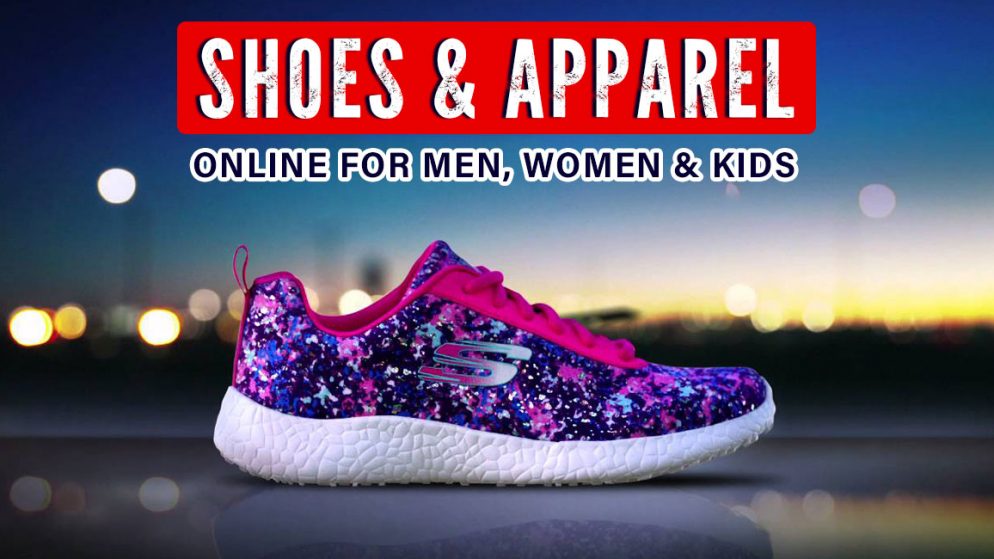 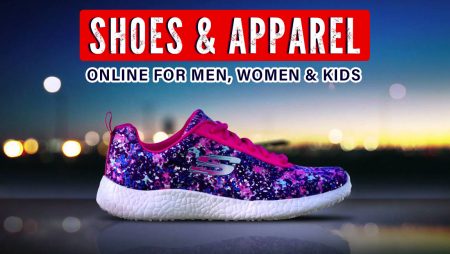 Robert Greenberg founded Skechers in 1992. At the time, L.A. Gear had a lock on the women’s athletic market and Nike dominated the market for men’s athletic wear. But there were no industry giants who controlled men’s and women’s street shoes. This provided Skechers an opportunity to champion a new and expanding niche market in the U.S.A.

Before Greenberg went out on his own to create Skechers, he was one of the founders of L.A. Gear, which within seven years of business was already grossing more than $900 million in sales—the yield of neon tennis shoes that favored female preferences. By 1992, L.A. Gear saw a huge loss in market share and the company forced out Robert and his son Michael.

It wasn’t the first taste of the unpredictable, significant shift in the retail trade for Greenberg. He began his career in the 1960s and worked in various retailing roles: from selling wigs to beauty parlors to importing designer jeans to founding a roller skate store. But his first major break happened after he purchased the license to place the image of the film character E.T. on his shoelaces.

Last year was a busy one for Skechers, as we saw plenty of new intros. The GoRun Speed Elite Hyper was new, and so was the trail shoe called the Razor TRL Hyper.

We’re only past the first quarter of 2022, so there isn’t a lot of action from Skechers, not just yet.

Carryover products like the Gorun Ride 10 and MaxRoad 5 add familiarity to the catalog. The Speed Elite Hyper is very unoriginal, but hey – everyone has their spin on the Carbon-plate-in-a-shoe thing, so why single Skechers out? And besides, it’s a nice shoe, so the end justifies the means.

The Skechers line is a tricky place to wade through. There’re too many models with a similar design language and a Hyperburst midsole, so it can be hard to tell one from another.

For the sake of brevity, we’ve also edited models like the Speed Freek and Razor 3. Besides, the Razor Excess 2 does the job of the Razor 3 just fine.

So there you have it. The current Skechers assortment offers plenty of options for runners across different experience levels.

We’ll kick things off with the GoRun Ride 10 – a running shoe with do-everything versatility. If we had to build a 3-shoe Skechers assortment, the Ride 10 would be one of them – with the other two being the TRL and Speed Elite.

Over the years, the GoRun Ride has become the ‘anchor’ running shoe model for Skechers.

This is a product that not only targets a broader consumer base, but also has been a Skechers constant. No matter the year, the GRR has always been a part of the catalog.
All brands have a versatile, Swiss Army knife equivalent of a running shoe that resonates with runners of all experience levels. For Skechers, the Go Run Ride 10 is that shoe. It’s the Skechers equivalent of a Brooks Ghost or Nike Pegasus.

Hyperburst, a carbonated EVA foam, made its debut on the GoRun Razor. It has since become the cushioning standard for most Skechers’ running shoes, including the GoRun Ride 10.

This is a lightweight foam with a firm yet efficient ride. Some internet literature describes the Hyperburst as soft, but that’s not the case. The only soft layer inside the Ride 10 is its removable insole.

Nonetheless, the balanced ride quality makes the Ride 10 an excellent daily trainer that is capable of most things running-related. Long-distance runs aren’t a problem due to the deep cushioning of the 33 mm heel and 27 mm forefoot.

Along with a Hyperburst midsole, the GRR 10 is shod with Goodyear-branded rubber. The outsole lugs are generously articulated, so the transitions are smooth and compliant.

The GoRun Ride 10 has the same midsole and outsole as the Ride 9, so nothing has changed from a ride perspective – only the upper has.

The redesigned upper now has a padded tongue for a higher level of interior comfort, and the newly-added loops make the Ride 10 easier to lace.

An internal bumper creates a secure and accommodating fit. The lack of stiff upper overlays makes the interiors smooth, and the padded heel offers sufficient comfort and grip.

This shoe’s name is somewhat misleading; take the term ‘Excess’ with a large grain of salt. The front and rear stack heights are merely 26 mm and 30 mm – not exactly the definition of plush.

The Skechers Hyperburst foam is also a firm compound, so even a thicker stack wouldn’t have translated into a plush ride. The much thicker GoRun Ride 9 is proof of that. The Brooks Hyperion Elite is also a relevant example – the Brooks DNA Blast foam uses a similar cushioning tech as the Hyperburst.

The ‘Excess’ part of the GoRun Razor Excess’s name refers to the midsole that’s a mere 2 mm taller than the Razor 3. The difference, however, lies in the midsole width. It’s noticeably wide than the Razor 3 and Razor+, and thus a higher-volume variant.

This may not be the ideal long-distance shoe for some runners as the firm ride lacks the plushness that makes the runs comfortable.

So the best way to view the ‘Excess’ variant is to do so as a more forgiving version of the Razor 3. This running shoe is also very similar to the Brooks Hyperion; the latter has similar stack heights and a midsole that’s made using similar technology as the Skechers Hyperburst.

That makes the GoRun Excess a firm trainer with adequate ride comfort for daily runs. Though the Goodyear outsole has a similar layout as the Razor+, the wider midsole translates into a great contact area and better grip.

The forefoot midsole of the Excess V2 also contains a Carbon-infused mini plate or ‘winglet’ to make the transitions quicker.

On paper, the MaxRoad 5 Hyper (and Maxroad 4) is the spiritual successor to the MaxRoad 3 Ultra. In reality, it’s an entirely different shoe – in good and not-so-good ways.

What’s great about the Hyper midsole is its performance-oriented cushioning and responsiveness delivered in a very lightweight package.

However, you don’t get the deep, cushiony softness of the EVA foam-based Ultra 3. Instead, a superior rebound character and rocker midsole geometry make the Maxroad 5 a ‘faster’ long-distance shoe. And by long-distance, we mean a half-marathon.

The upper design of Skechers running shoes have always been a mediocre affair, so the MaxRoad 5 is no exception. The snug upper gets the job done, that’s all. The single-piece exterior and fused overlays create a smooth interior environment; the ventilation is so-so.

The GoMeb Speed 6 Hyper was featured in the previous edition of this article. Now it doesn’t – because the Speed 6 is (now) redundant for a couple of reasons. Firstly, with the Speed Elite Hyper and Horizon Vanish in place, we don’t need to crowd this list with another speed shoe.

Two, since the GoMeb series was Meb Keflezighi’s signature collection, its inclusion no longer makes sense – considering that Meb has retired. Skechers’s running shoe got its break from Meb’s Boston marathon win by creating his signature footwear line in 2014.

On the other hand, the Skechers Horizon Vanish 2 adds value to this list. Unlike other models on this list, the Vanish 2 doesn’t use Hyperburst foam. The midsole is based on the cushioned and high-performance compound that Skechers calls Ultraflight.

With rear and front stack heights of 19 mm and 15 mm, there’s just enough foam to keep the ride cushioned while being thin enough to promote quick transitions. The 5.2-ounce weight makes the shoe disappear over the feet during speed workouts.

It’s also worth mentioning that, unlike the Speed Elite Hyper, the Horizon Vanish 2 isn’t a pure racing flat. Well, with its thin, 4 mm offset midsole, it can be one – except that the pillar-shaped outsole lugs are comfort-oriented and have less bite than traditional racer-type outsoles.

The way we see it, the Horizon Vanish 2 is excellent for most speed-related workouts, including 5K and 10K races. Track sessions are doable, but we would have rather preferred an outsole with better traction.

The upper fits extremely narrow, so stay clear of the Horizon Vanish if you’re not narrow-footed.

Ok, the plate-in-a-shoe template is getting a bit old now. However, the Speed Elite Hyper adds value by doing things differently.

The Speed Elite is nothing like the Nike Vaporfly 4% – the original Carbon plate shoe. Or the Next %, for that matter. The specs make that very apparent; the midsole has a rear and front stack that is only 22 mm and 18 mm thin. And that’s entirely made of the firm Hyperburst.

There’s a plate under the forefoot, but that’s more of a transition and turnover tool. There’s no trampoline or bounce effect due to the firm and low-profile midsole. The firm forefoot delivers fast turnovers by accentuating the ground feel. The Asics Metaracer is similar, except that shoe has a softer ride.

If the specs sound familiar, you might be thinking of the GoMeb Speed 6. And that’s exactly what the Speed Elite Hyper is – a GoMeb S6 with a forefoot plate and a slightly different upper design.

Also, this is no shoe for going slow or going far. The ultra-rigid and firm forefoot feels at home during higher paces, and there’s not enough cushioning to make long-distance runs comfortable. The responsiveness of the Hyperburst material also demands high-cadence runs, so that’s another thing to bear in mind.

Just like the Go Meb Speed 6, the ideal distance for the Speed Hyper is 10 km. Half-marathons are doable provided one is accustomed to the ride firmness.

For a higher level of comfort, we recommend the Asics Metaracer instead. A tangential alternative would be the Hoka Carbon X2 as well.

The narrow upper befits a racing silhouette – because that’s what the Speed Elite is. It pins the foot down to the plated forefoot for a quick touch-and-go while making the shoe very stable. The Goodyear outsole also helps with its excellent grip on the roads and tracks alike.

And that’s another area of difference between the Nike Vaporfly and the Speed Elite Hyper. The low stack of the firm midsole translates into confidence-inspiring levels of stability. You can’t say the same about the Nike Vaporfly Next%.

Given the context, it’s somewhat unfair to view the Speed Elite Hyper as another ‘plated’ running shoe – this is just a road racer with a rigid and snappy forefoot. It’s also incredibly lightweight.

Not many shoes – racers included – tip the scale at 5.2-ounces.

For this version of the article, we replaced the GoSpeed TRL with the more user-friendly GoRun Razor Hyper TRL.

By ‘friendly’, we refer to the Razor TRL’s versatility. To be honest, we think that the Speed TRL lacks versatility on the trail. The Nylon plate in the Speed TRL’s low-profile midsole makes the forefoot hard and inflexible – not ideal for finding your footing on uneven terrain.

Given the context, the Razor TRL is a welcome addition to Skechers’s trail running line. It’s akin to an outdoor version of the Razor 3 – the TRL model has a similar Hyperburst midsole with mileage-friendly cushioning. The inherent firmness of the Hyperburst foam makes the ride supportive.

Underneath, a Goodyear rubber outsole with widely-spaced lugs completes the off-road character.

Bear in mind that the Razor TRL isn’t a hardcore trail running shoe. It’s like a soft-roader with limited trail capabilities. The outsole lacks a rock plate, nor is the upper very protective. Sure, the mesh upper has a reinforced toe-bumper, but the overall design is a better fit for non-technical trails.

Also, the GoRun Razor TRL isn’t to be conflated with the likes of GoTrail Max Ultra – the latter was an ultra-cushioned trail running shoe with a high-volume midsole and drainage holes. 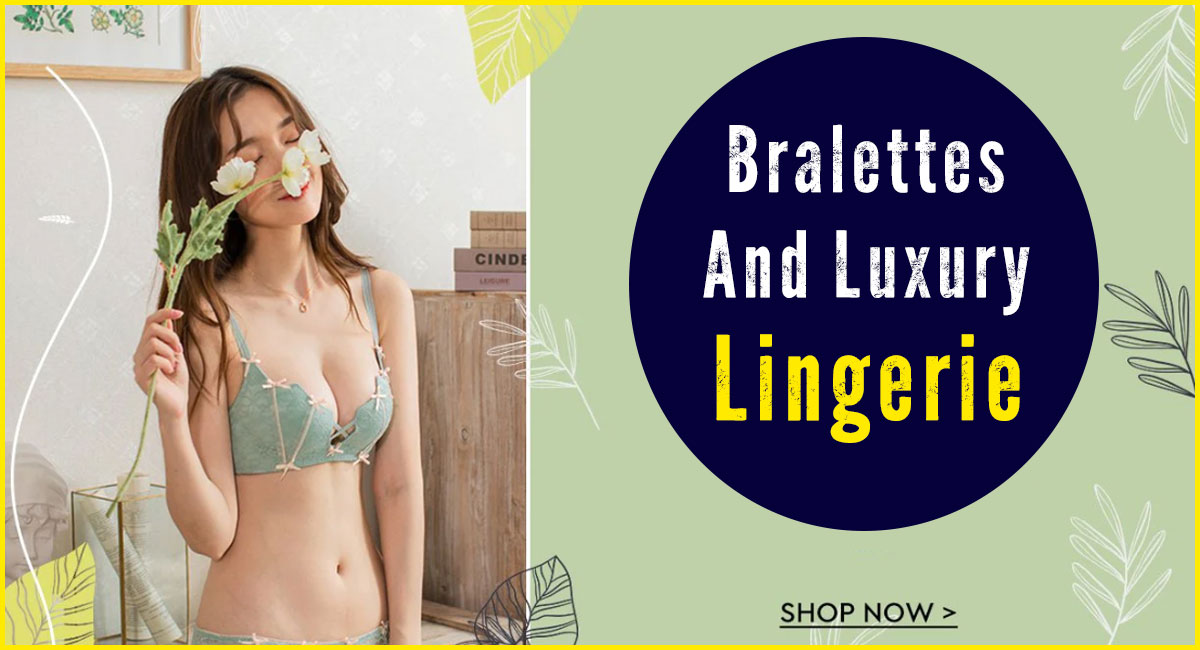 Fashion And Lifestyle
Cosabella Review: Everything You Should Know
August 9, 2022
0 2693 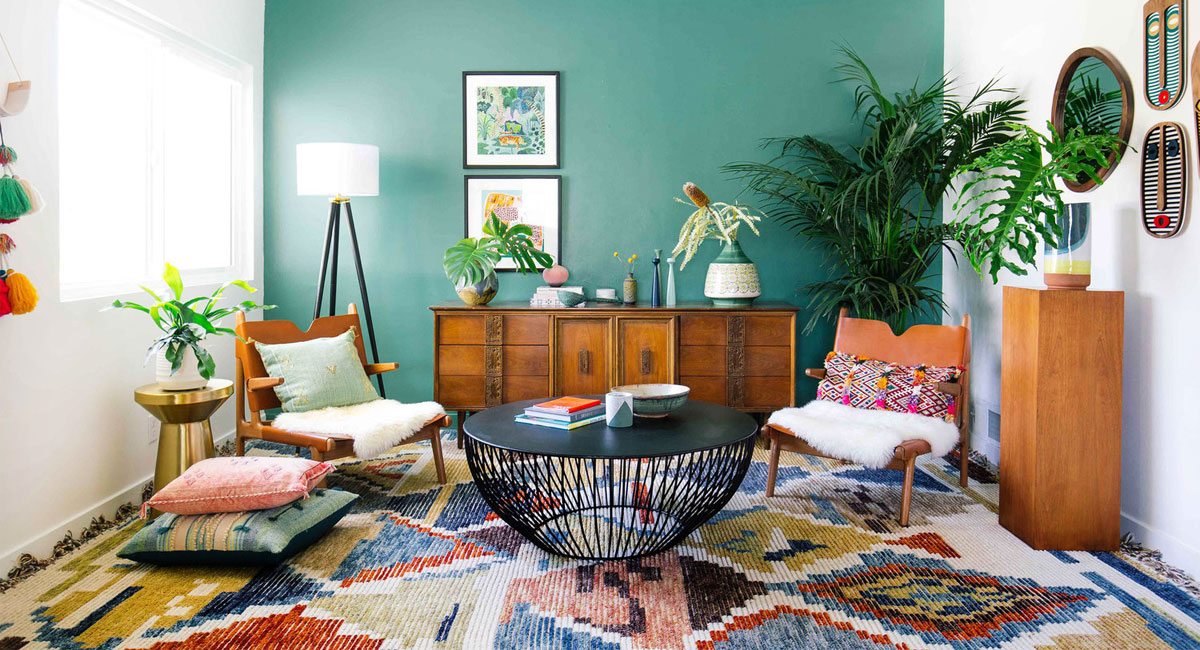 Fashion And Lifestyle
Most Affordable Home Products At The Lakeside Collection
August 2, 2022
0 4283 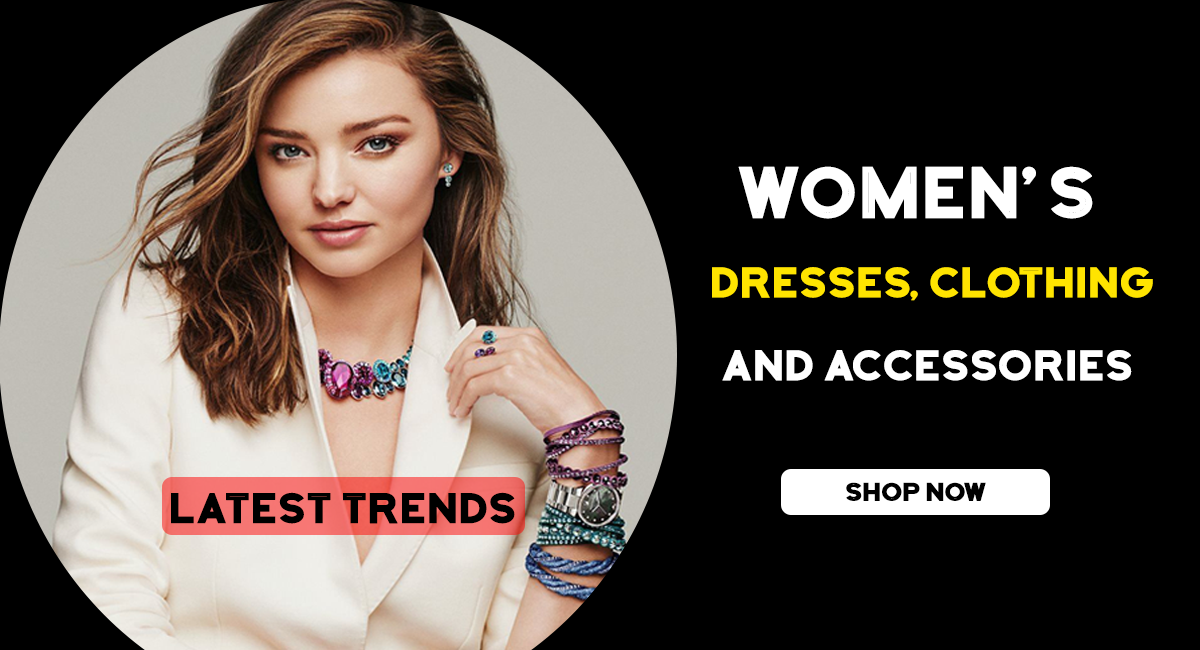